The man re-imagining agriculture in the Senegal Basin

The winner of the 2017 Olam Prize for innovation in Food Security epitomises what is possible when you put the farmer at the centre of all you do.

The discovery by Dr Filippo Bassi of ICARDA (the International Centre for Research in the Dry Areas) and his international team could transform the lives of over 1 million smallholder farmers in the Senegal Basin by helping them to grow durum wheat in extreme heat.  We got to find out more:

A ‘treasure chest of primitive wheats’ was at the heart of the research project that won the Olam Prize. Can you tell us more?

Over the centuries, our crops have become ‘domesticated’ which means humans have adapted them to fit a simplified environment with certain characteristics favoured, such as higher yields. Whilst this process has been advantageous for agricultural output, we are now seeing that resilience is missing in some of these crops to events such as our changing climate. To adapt to climate change, therefore, we need to find ways of putting this resilience back.

One of the greatest treasures of ICARDA is our gene bank, which is ranked amongst the top ten globally and, with thousands of unique accessions (individual types) stored, holds the largest collection of primitive wheats in the world. These seeds date back thousands of years to the very origins of agriculture itself and, as they have not undergone the process of domestication, they are a potential treasure chest of primitive diversity for adaptation to unfavourable climatic conditions.

We have been able to use conventional cross-breeding techniques to isolate the primitive genes that will give modern varieties of durum wheat good heat tolerance. This has enabled the crop to perform exceptionally well under the harsh conditions of the Senegal River. It’s not only a potentially life changing discovery for smallholder famers in Senegal, Mauritania and Mali in the Senegal Basin, but also for all farmers struggling with the increasing climatic temperatures.

Senegal, Mauritania and Mali are famine-affected, poor countries ranking 67th, 83rd and 94th in the Global Hunger Index, 2017. Irrigation in the Senegal River Basin has created 200,000 hectares of land suitable for rice cultivation. However, malnutrition and poverty are still soaring in the area.

By being able to develop super-early, heat tolerant durum wheat that can be grown in heat of up to 40 degrees in just 90 days on the land normally left fallow between rice seasons, this discovery allows for the expansion of food production, equivalent to 175 servings of pasta per person per year for the area, without impacting rice growing. With five times more protein than rice and the opportunity to sell a ‘cash crop’, this durum wheat will diversify the diets of the area’s smallholder farmers and their families.

How does it feel to know your work could lift smallholder farmers out of poverty?

Our research work at ICARDA focuses on delivering practical solutions that farmers can utilise and to know that Olam understands the issues facing millions of smallholder farmers and wants to support the work we are doing is rewarding.

I’m extremely proud that this project will not only benefit farmers in Senegal, Mauritania and Mali but, due to ICARDA’s policy of annually sharing research freely with hundreds of partners across the globe, this capacity to sustain heat could be transferred to other varieties and help farmers facing raising climatic temperatures in other parts of the world.

And now you have won the Olam Prize for Innovation in Food Security!

When we had the idea for the research five years ago, people thought we were a little crazy so it is such a fulfilling experience for our work to be awarded the Olam Prize and the vision we had to introduce durum wheat into the Senegal Basin to be recognised in this way.

The unrestricted nature of the prize money allows us to bridge the gap that exists between the research achievement and generating an impact in farmers’ fields. We can now push this research forward towards a strong South-South trading partnership between the large pasta and couscous industries of North Africa and durum wheat farmers in the Valley. This has the potential to create 600,000 tonnes of new food for West Africa, thereby increasing food security in the region, and generating around USD $210 million additional income for over 1 million smallholder families in Senegal, Mauritania and Mali.

Is there anyone you would like to pay special thanks to for making this project a reality?

To achieve a project like this, we had an incredible team of partners and I would like to say special thanks to Professors Rodomiro Ortiz and Mulatu Geleta of the Swedish University of Agricultural Research of Alnarp (SLU, Sweden), Mr Habibou Gueye of CNARADA (Mauritania), Dr Madiama Cisse of ISRA (Senegal) and two PhD students Hafssa Kabbaj (Morocco) and Amadou Tidiane Sall (Senegal). 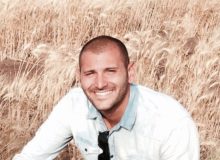