Olam’s Wood Products subsidiary, Congalaise Industrielle des Bois (CIB), manages over 2 million hectares of forest in the Republic of Congo. The company supports multiple initiatives to help improve the lives of communities living in and around the forest.  This includes a 42 bed hospital, 2 clinics, and a water treatment plant for drinking water. Particularly important is a community radio station called Biso na Biso which broadcasts information to remote tribes about health camps, changes in governmental policies and laws, and CIB’s operations. Ajita Chowhan accompanied the radio team to gather content in the northern Congo Basin.

Travelling 4 hours from Pokola, to a village called Bon Coin in the Northern Congo Basin, is an African adventure that every tourist would be ready to pay a fortune for. Only, we are not tourists, and this is not an adventure. This daily commute is work of 4 content gatherers of the Biso Na Biso community radio station located in Pokola, the Sangha region of The Republic of Congo. The team of radio journalists sometimes travel 12-hours in a day to capture a sound-bite. They are the only threadbare connection for the 52 communities around Pokola. The communities have no phone or mobile connectivity, supermarkets, concrete roads, postal or courier service, or vehicles. The team at Biso Na Biso remains the only witness of the life of indigenous people here. Rightly so, as Biso Na Biso means ‘between us,’ in Lingala. This precious communication has been happening for the past 8 years – since 2009 when the community radio station commenced transmission.

Bon Coin, a border village, where we are heading to, falls in the North Western region, near the Sangha Tri-national Park area of Congo, bordering Cameroon and the Central African Republic.  We are waiting for the car to arrive from Olam-CIB, on whose funding the radio has run for the past three years. The previous sponsors include The World Bank, Fondation Chirac and Tropical Forest Trust. We spring into action as we see the car approaching the Radio Station.

As we drive out, we stop at our usual place on the outskirts of Pokola village at a handcart on the curb to pick up a few wrapped maniocs (a local delicacy), loaves of bread, foufou, fried chicken and bottled water.  Mid way towards Bon Coin, we stop as a fallen tree is blocking our path. For the next 20 minutes, we are fighting mosquitoes and insects which are entering our ear holes, attempting to lay eggs in the eyes, and getting inside our hair and shirts to lay their larvae. We cut the bark of the huge tree into three, and put in all our strength into lifting and throwing them off the road. I rush in the car, manically waving at the invisible mosquitoes infesting me. Antelopes, wild boars, Lowland Gorillas, and chimpanzees are spotted on the way.

As we reach Bon Coin, 4 hours later, we get down in front of the hospital that is run by Olam-CIB. It seems that the team knows everyone. Right from Pokola to Bon Coin, to Enyelle, to Matali-Molembe, to Makao, within 52 communities and everyone in between. They ask about their children, work, health, the roof that was leaking last rainy season and the chickens. They know which family is expecting a baby, who has bought a new wig and who purchased a new Billy goat. What I saw as a waste of time, was connecting one human being to another, listening to their woes and celebrations and getting a sense of the whole locality in a measure of a single afternoon. They know of a doctor’s visit due the next day. They heard it on the Biso Na Biso community radio. They all have the radios that either charge by solar batteries or by manual winding. Each community has one radio, at least.

All children are busy collecting, cheni, as it is the season when they are in plenty. Women are busy processing the cassava roots. We enter many houses, recording a few bites, most of it in the regional language, Lingala. In the villages, French is spoken by just the head of the community. He inevitably becomes the link in the chain of communication, unless one knows Linghala. The Biso Na Biso team can speak Kituba, Mboshi, Bateke, besides Lingala languages in which the programmes are transmitted.

As we call it a wrap for the day from the border, we have a 4-hour journey ahead of us.  Probably the team of Biso Na Biso doesn’t realise how culturally remarkable is their work. With roughly 20,000-hours of audio, they are preserving and cataloguing some of the most obscure languages of Africa in audio format. They are bringing information back to the villages, the radio waves that transmit culture, language, recipes, and songs. They bring communities closer, building the much-needed goodwill amongst various tribes. It is dark now, and except the driver, everyone in the car has already dozed off to sleep. The driver is as alert as he can be as the blinding rains and the pasty red mud road has made the return dangerous. The journey is punctuated with occasional thunder and lightning. The team will be doing the same work tomorrow, for the whole week, for the rest of the month. The work that they do is something that they feel passionate about. I hope this work goes on. The radio personnel are the only source of communication across vast distances in these dense and unnavigable forests. They bring the Congo basin together, transmitting life-stories and folklores, doctors’ visits, laws changes and political situations, stories for kids, songs for grownups; one handshake, one visit, one day at a time.

For 23 women from the village of Pokola, in Republic of Congo, this year's International Women's Day will be remembered as the beginning of an unprecedented journey. They committed themselves towards a livelihood they could never otherwise have imagined – and along the way, educating their husbands, families and future co-workers on equality and empowerment. Launched on March 8, 2021, Project MaC - 'Menagere a Constructrice' or 'Home Maker to Home Builder' allowed women in the north of the Republic of Congo to develop skills for constructing wooden houses, enabling them to secure roles with Congolaise Industrielle des Bois. The success of this project paved the way to launch the second edition on August 8, 2021. It was a moment of rejoicing for CIB, seeing the 23 women from the first edition graduate and welcoming the new batch of 20 women for the second edition. From 1968 until six months ago, forestry, wood and wood products operations were filled mainly by male workers at Congol
Read more 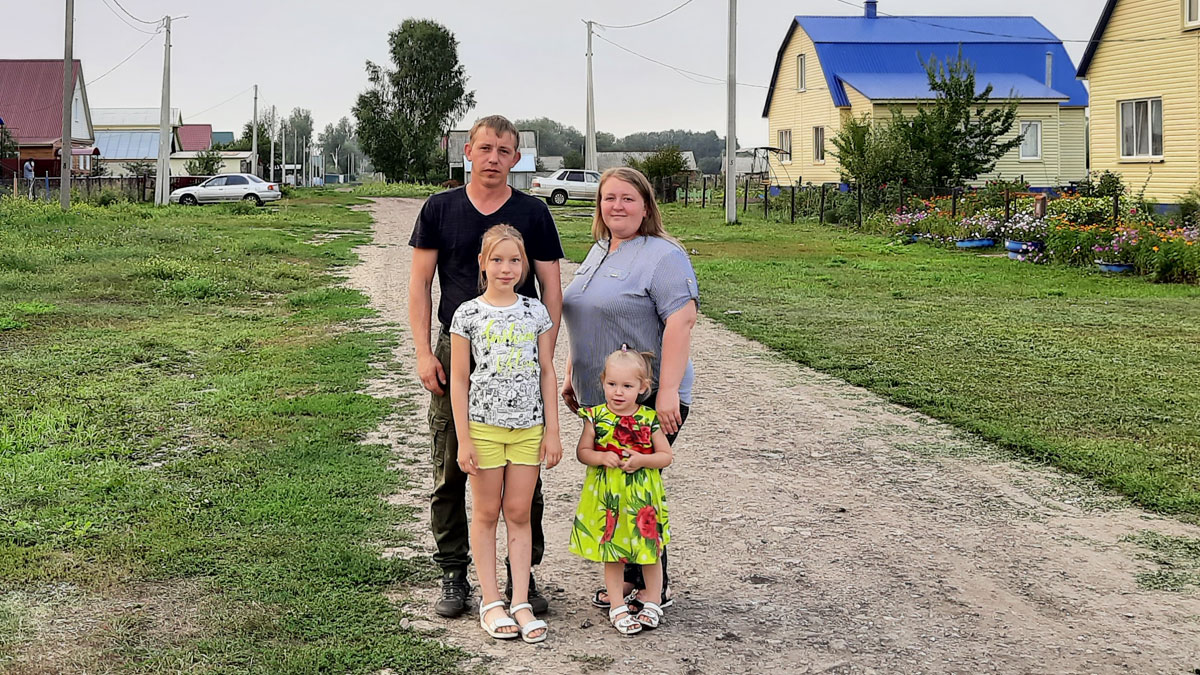 At Rusmolco, we care deeply about the communities that lie at the heart of our operations. Without them, we wouldn’t be able to tend to our herd or run our farms. But in the 1990s many Russians moved to the cities for work, leaving some of these rural communities behind. We’ve been working hard to change that. By bringing city level facilities to the villages that surround our milking farms, we’re making these rural communities prosperous places where people want to live and work. One way we do that is by helping to build critical infrastructure like roads, housing and energy supply networks. For example, in areas close to our farms in Arshinovka, Narovchat and Serdobsk, we have and will continue to partner with local authorities in building new homes for our employees. We have already helped to construct over 50 homes for our staff, who will eventually become owners under the government housing scheme, as well as much-needed libraries, kindergartens and commu
Read more