How do we sustain a growing population without sacrificing our natural resources?’ Olam Cocoa CEO Gerry Manley ponders this question as part of the World Economic Forum’s insight series ahead of Davos 2020

The world’s food needs are skyrocketing. By 2050, there will be another 2 billion mouths to feed, placing a huge strain on agribusiness globally. The urgent question is: How do we sustain a growing population without sacrificing our natural resources?

Regrettably, forests have already fallen victim to this global struggle. According to the World Bank, an area larger than South Africa (1.3 million square kilometres) of forest was lost between 1990 and 2016. Eight out of 10 species found on land live in forests, making them one of the earth’s richest ecosystems. Not only that, but with CO2 emissions soaring and the planet’s temperature rising, their role as the earth’s lungs have never been more vital.

How did we get to the point of destroying our lungs to feed ourselves? Agriculture has played a significant role in the rate of deforestation, as trees have been cleared to make way for livestock and food crops. Those in the industry are only too aware of the fine balance between creating sustainable livelihoods for communities who rely on farming for their survival and preserving forest landscapes for future generations. In cocoa specifically, this issue is particularly acute, because 90% of the world’s supply is grown on small family farms. The decision to expand cocoa farms into protected forest areas have often been driven by factors beyond a farmer’s control, namely extreme poverty. Farmers have sought to meet high demand for cocoa or counteract low yields by planting in the nutrient-dense soil and natural shade of the forest.

Agriculture, and industries like cocoa can, and are, playing a major role in stopping and eventually reversing the loss of the world’s forests. The solution can be broken down into three areas: preservation and rehabilitation; pre-emptive action; and cultural change. 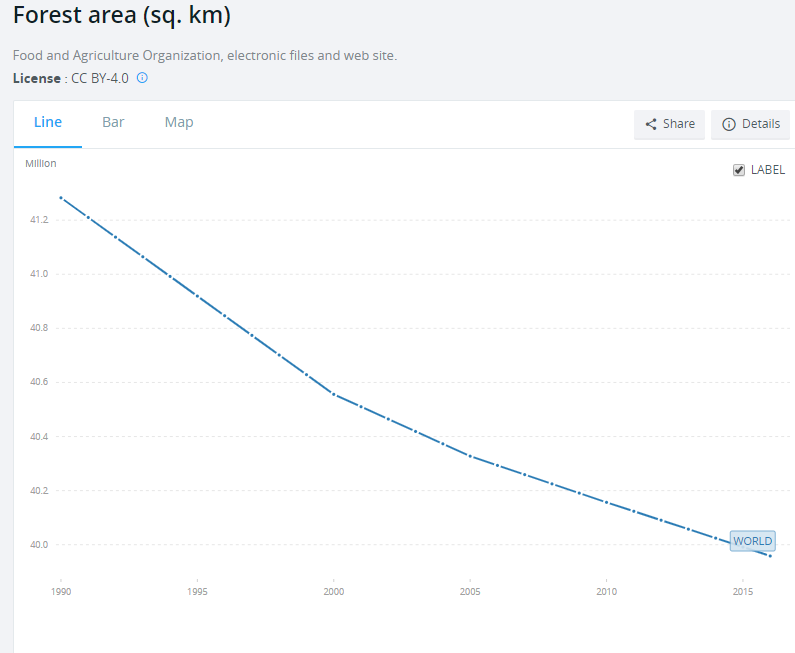 Forests can be protected through large-scale preservation and rehabilitation programmes. However, pre-competitive collaboration between companies and governments is essential. An encouraging example is the new Forest Code in the Ivory Coast, the world’s largest producer of cocoa, which permits the joint management between government and the private sector of heavily degraded classified forests. One such project encompasses the two protected forests, Rapide Grah and Haute Dodo, located on the southern border of one of the last intact national parks in the country. The aim is to support the preservation and rehabilitation of 460,000 hectares of forest, an area the size of the Grand Canyon national park. This is a considerable task, as currently the area is heavily degraded with only approximately 2-3% of forest remaining.

Huge advances in technology are helping us identify high-risk areas and act pre-emptively to keep more of the world’s forests standing. Digital farming tools can gather key data to measure both the amount of land being used for farming vs. the amount of forest in a supply chain, as well as the quality of the trees in that supply chain. They also allow companies to collect data such as farmer training activities, labour and agricultural practices on farms. Tailored farm development plans can then be created to offer personalized advice to each farmer based on data about their farm, pre-empting and preventing at-risk land being misused. It is also promising to see further technological advancement in GPS mapping tools that can highlight deforestation risk hotspots and assign an individual risk weighting to a particular farmer in a particular area. With this kind of insight, companies in the cocoa supply chain can better target their interventions and get ahead of deforestation before it happens.

The strongest measure of pre-emptive action is to focus on the productivity of crops and regeneration of existing forests. We work closely with cocoa farmers to support environmental stewardship that balances improvements in cocoa farmer livelihoods with living landscapes. This takes the form of training in good agricultural practices, crop diversification and planting multi-purpose trees for agroforestry. The aim is to help farmers grow more high quality cocoa on less land. For example, by distributing over 750,000 multi-purpose trees to farms in Ivory Coast, this gives farmers the opportunity this seasons to increase their cocoa yields but also increase their income potential through planting native fruit trees.

While a multistakeholder approach is needed to stop further deforestation, a cultural shift also has to take place. In the case of cocoa, many smallholder farmers lack the education and broader awareness to fully understand the negative environmental impacts of forest loss. One-to-one farmer coaching on good agricultural practices mitigates the risk of farmers encroaching on protected forest by helping them get the most from the land they already have. For this to be effective, it’s also vital that issues around land tenure are addressed. When smallholder farmers fear losing their land, they are less likely to make long-term investments to increase their yields. These farmers need to feel secure to apply training and rehabilitate their farms without losing tenancy. Only then it is possible to shift mindsets to demonstrate that you can have high-yielding cocoa farms without negatively impacting the environment or threatening farmer livelihoods.

As we enter an age of unprecedented agricultural demand and the pressure grows to feed the world, business leaders must put forest protection at the forefront of their priorities. The task at hand is considerably complex but by no means impossible; the cocoa industry, for one, is ready to rise to the challenge.

Read about how Olam Cocoa is protecting and restoring forests in its global supply chain as part of Cocoa Compass here.