Olam International’s subsidiary Congolaise Industrielle des Bois (CIB), the Wildlife Conservation Society (WCS) and the Ministry of Forest Economy (MEF) of the Republic of Congo have renewed their partnership agreement to protect wildlife around Nouabalé-Ndoki National Park in northern Congo. The national park is a UNESCO World Heritage site recognised for the importance of its animal and plant biodiversity.

The renewed agreement was signed on 8th August 2021 in Pokola, Congo-Brazzaville, in the presence of the Minister of Forestry Economy, Her Excellence Madam Rosalie Matondo, and the Minister of Preschool, Primary, Secondary Education and Literacy, His Excellence Mister Jean-Luc Mouthou. The agreement bolsters the effort to combat poaching in forestry concessions where CIB operates.

This innovative tripartite agreement was first signed in 1999 to mark the establishment of the PROGEPP (Nouabalé-Ndoki National Park Peripheral Ecosystems Management Project), which operates across three Forest Management Units (FMU). The PROGEPP creates a crucial buffer zone that utilises eco-guards, biomonitoring and community collaboration to protect the park's wildlife population from illegal poaching.

Created in 1993 with strong support from the WCS, Nouabalé-Ndoki National Park is a 4,000 km2 stronghold for critically endangered forest elephants and significant populations of chimpanzees and western lowland gorillas. The PROGEPP initiative has established a protective corridor between Nouabalé-Ndoki National Park and the Lac Télé Community Reserve, which is on one of the world's most extensive peatlands and is critical to climate change mitigation.

CIB and the Ministry of Forest Economy of the Republic of Congo also signed a separate agreement to establish an anti-poaching unit on CIB's Mimbeli-Ibenga forest concession. This unit of 15 eco-guards will cover approximately 650,000 hectares north of the area covered by the PROGEPP. Eco-guards play an important role in protecting local biodiversity and regularly undergo intensive refresher training, including courses on human rights and wildlife crime legislation, to strengthen their community engagement and conservation efforts.

“There is no single strategy to effectively halt biodiversity loss while improving people's lives. We are convinced that a forest conservation approach can only succeed if all stakeholders work together through a concerted effort. We are delighted to continue our partnership with WCS and the government of Republic of Congo to strengthen efforts to protect the endangered species and local biodiversity in this ecologically unique and significant region”, said Vincent Istace, Director, Corporate Responsibility and Sustainability, at CIB.

These agreements are pioneering a conservation management model that brings public and private sector partners together to tackle the immediate threat of poaching and to protect endangered animals around Nouabalé-Ndoki National Park.

CIB and WCS are long-time collaborators to Congo's effort to protect its natural heritage, contributing to the creation of Nouabalé-Ndoki National Park. CIB has been working in Congo since 1968 and WCS since 1991. CIB has more than 1,000 permanent employees to date and works in 4 FMUs, all of them FSC certified, covering approximately 2.2 million hectares: Pokola, Kabo, Loundoungou-Toukoulaka, and Mimbeli Ibenga. CIB's fifth concession of North Pikounda of 92,000 hectares is preserved as a carbon sink under a REDD+ programme1 in partnership with the Republic of Congo.

All three partners value protecting wildlife as it serves an essential role in maintaining the health of tropical rainforests, where up to 90 per cent of the plant species are dependent on animals for their pollination or dispersal, including many timber species.

The collaboration is proving effective in helping protect local species and biodiversity. In the last six months, 194 patrols have been carried out in the park's surrounding areas, including joint patrols with the Lobéké National Park of Cameroon. These have led to 66 arrests relating to the capture, trafficking, possession of African grey parrots, and killing of gorillas.

This new agreement will allow greater technical and strategic support to PROGEPP activities that will reinforce technical expertise, improve equipment and communications, and enhance the safety of rangers. It will also encourage a more effective governance system and a more robust institutional framework for the joint effort to protect wildlife. Implementation of these agreements will benefit from the crucial financial support from ECOFAC (European Union), the AFD (French Development Agency), the FFEM (French Facility for Global Environment) and the UK government through its FGMC facility. 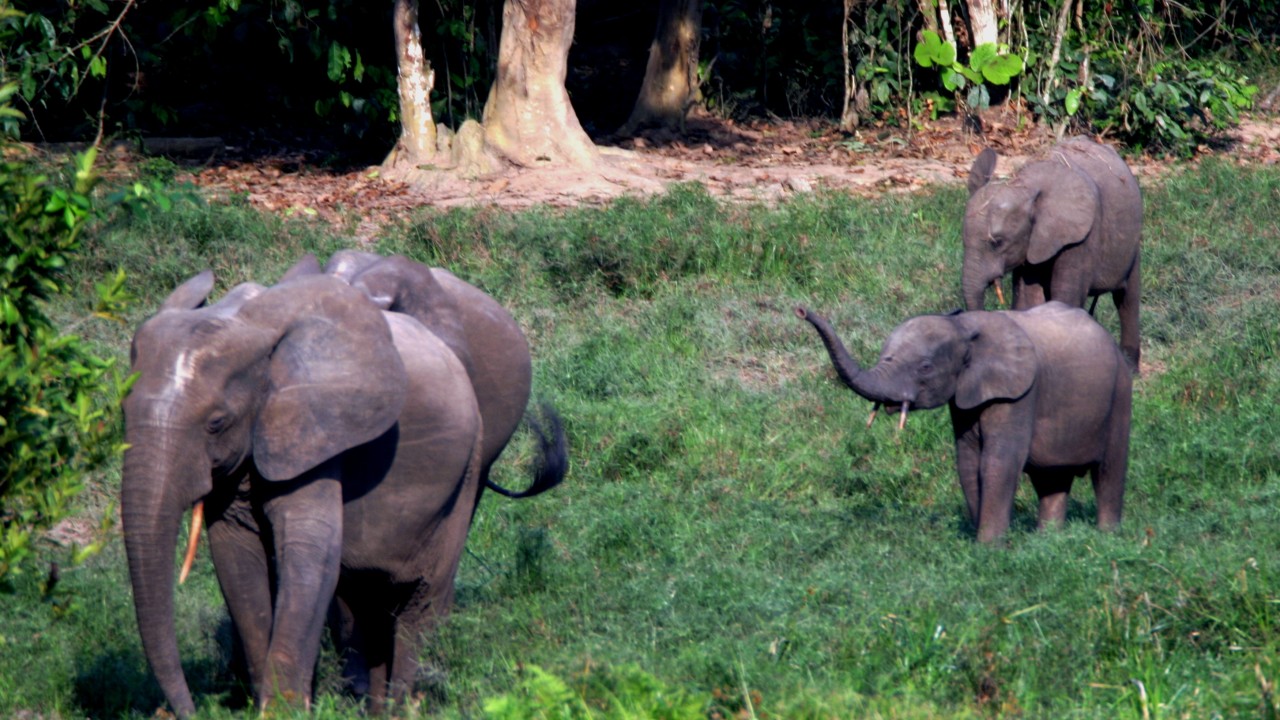 Back to All News

Olam is a leading food and agri-business supplying food, ingredients, feed and fibre to 17,300 customers worldwide. Our value chain spans over 60 countries and includes farming, processing and distribution operations, as well as a sourcing network of an estimated 5 million farmers.

Through our purpose to ‘Re-imagine Global Agriculture and Food Systems’, Olam aims to address the many challenges involved in meeting the needs of a growing global population, while achieving positive impact for farming communities, our planet and all our stakeholders.

Headquartered and listed in Singapore, Olam currently ranks among the top 30 largest primary listed companies in terms of market capitalisation on SGX-ST.

Since June 2020, Olam has been included in the FTSE4Good Index Series, a global sustainable investment index series developed by FTSE Russell, following a rigorous assessment of Olam’s supply chain activities, impact on the environment and governance transparency. The FTSE4Good Index Series identifies companies that demonstrate strong Environmental, Social and Governance (ESG) practices and is used by a variety of market participants to create and assess responsible investment funds.

More information on Olam can be found at www.olamgroup.com.

Issued on behalf of Olam International Limited by:

Olam is proud to announce that it has been named a top employer for the third consecutive year by Top Employer Institute for its operations in Cote d’Ivoire, Ghana, Nigeria, South Africa, and the Africa region.
Read more
News