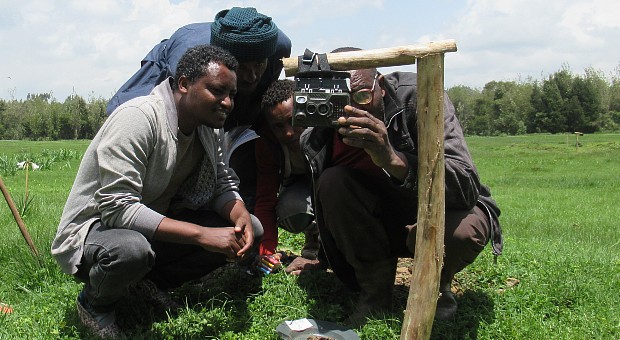 “We think botanical rodenticides, combined with other ecologically-based methods, could be a game-changer for sustainable agricultural practices for the most vulnerable on our planet,” said Luwieke Bosma, Green Rodent Consortium, MetaMeta Research, Wageningen, The Netherlands.

“Rats are a problem in African farming and are responsible for about a quarter of crops lost (in the field and storage), and climate change has made more areas attractive to them,” added Dr. Meheretu Yonas, Rodent Research Unit, Mekelle University, Mekelle, Ethiopia. “They have also been somewhat of an invisible problem, both because they’re nocturnal and, because here in Ethiopia, there’s a cultural taboo in talking about them; they’re called ‘queens’ or ‘brides’ so as not to offend them and prompt their revenge. This is enormous and alarming, especially when realising most crops are directly consumed as food by the household.”

Dr. Yonas and Bosma are part of a team that is one of the finalists for the 2021 Olam Prize for Innovation in Food Security, which aims to support scientific research that can deliver transformational impacts within global agriculture. Awarded in partnership with Agropolis Fondation, the Prize recognises an innovative scientific research project for its potential impact on the availability, accessibility, affordability and adequacy of food, in line with UN SDG#2: End Hunger. The winner will be announced this September and receive a US$75,000 grant for scaling up their proven research. 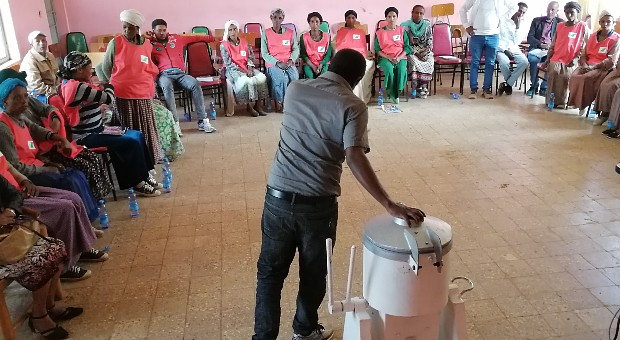 “Frankly, at first we were sceptical of the farmers’ claims and we were worried that the rats wouldn’t eat the botanicals. But what we saw happening even after a few weeks of testing made us say ‘wow’, as rat activity appreciably decreased in the testing fields and the number of rat burrows/paths also significantly decreased. If you consider that an average rat consumes 35 grams of grain per week and it can contaminate up to ten times that amount, deterring hundreds of them can have a massively positive impact on farm productivity and profitability.”

Bosma added: “We based our approach on farmers’ traditional practices, which use certain tubers and plants to deter rodents and plug their burrows,” said Dr. Yonas. “Four plants were recommended by farmers and after testing all of them appeared effective. A lot of experimental research both in the lab and field followed, as we sought the perfect mix to arrive at a mixture of two botanicals offering the most potent potential. “

The team’s ambition is to improve both the availability of nutritious food and its price, and strengthen farmer productivity, profitability and resilience.

“Locally grown botanical rodenticides are more sustainable and affordable, and our model for ‘how to’ devise such solutions, including training on R&D setting up programmess, could be used to explore solutions with other plants here and in other countries,” Dr. Yonas said.

“In only two years’ time, rodent outbreaks were brought under control, so the potential for scale is very promising,” Bosma added.

If you’d like to know more about this project or get involved, please contact Luwieke Bosma or Dr. Meheretu Yonas below.

« Back to Food Prize